In the wake of the terrible earthquake in Haiti, reading this quote is infuriating. Though Pastor Jerry of First Family Church (Nondenominational) preached this “serminar,” as he called it, before the tragedy, I know the theology he was promoting. If something good happens to you, it’s because God is protecting you and if something bad happens to you, it is because: 1. You’ve sinned against God; 2. God is testing you; and/or 3. Satan is attacking you because Satan sees you as a threat. Pastor Jerry was promoting the third of these reasons, though he passionately supports the entire idea. He and his church “get attacked” due to their relentless pursuit of the Gospel and the Salvation of Sinners. Therefore, Satan is always trying to bring them down.

What is Satan bringing down, exactly? The tired and lost congregants of First Family Church or their pastor, who travels with bodyguards that utilize presidential earpieces? Is Satan trying to bring down the color-coordinated, aesthetically pleasing praise team? Maybe he’s trying to interrupt the live video stream and the locally televised broadcast…Satan is after those four cameras (including one on a crane like you see on a movie-set). Satan could make a move on the pastor’s wife, who has her own microphone so she can participate in the scripted submissiveness she is to portray from the stage. But at the end of the sermon, we get to hear what Satan really wants. Satan wants only the most dedicated, most holy and most wealthy followers of Jesus Christ, which would make the almighty Pastor Jerry Satan’s primary target:

“You know how many death threats I’ve gotten in 30 years of preaching the gospel? You know how many times they called and said, ‘We’re gonna patrol you tonight’? You know what I learned? We had a television special on several months ago and they said the fanatic Muslims called and said, ‘Where does this pastor live? We wanna get him.’ They called me and I hung up the phone. You know why? Nobody can touch me without God’s permission.”

Well, obviously, Satan takes the form of a Muslim. According to Pat Robertson, Satan also takes the form of 19th century, Haitian revolutionists who wanted to escape colonialism, gain freedom, and had to make a pact with the devil to do it. That’s why the earthquake happened. Because they kicked out France.

I digress in my ranting only because First Family Church reminds me of what I truly fear, and it’s not Satan. I went from Pastor Jerry to Glenn Beck to Pat Robertson and I realized that this is the commercial version of the Christian faith. The liberal theologians are off writing books, feeding the poor and making a real difference, but no one hears about them. Pastor Jerry is the face of Christianity in Kansas City. He is what people see in between football games or late at night when they can’t sleep. He preys on those who are only lost in channel surfing and those who are completely lost in life.

I made a deal with myself that I would sit through every service in its entirety, regardless of my own discomfort. Ten minutes into this charade, I wanted to run down the block to the mega-church I criticized last week, “Wait! Make me a moderately conservative mega-church Methodist! Please!” But I just sat there, and watched him glorify his own name, make followers out of his own image, create evil, but genuine feelings of racism, sexism and classism. Whereas Jesus helped us see, Pastor Jerry is making people blind. Jesus promoted charity, but Pastor Jerry is taking people’s money. Jesus empathized with the poor man, and Pastor Jerry lives life as a king. If I were worried about Satan, about some obnoxious entity spreading evil all over this world, I would have believed I was looking him in the eye last Sunday.

When I was 16, I played violin in a string quartet at a GOP fundraiser in the Hall Mansion (the folks who own Hallmark). Present in his imperfection was the republican’s most valuable candidate, George W. Bush. I knew I would be the only liberal there, and I was just a kid, but I can remember hearing the applause and feeling terrified. So terrified that I was struck silent, accepted the less-than-minimum-wage paycheck and still put that performance on my résumé.

This same fear returned in my visit to the 9:00 a.m. service at First Family. The experience was actually worse than I thought it would be, and I tend to be the type of person to really consider the most horrible result in any situation. Then, as I watched his 10:00 a.m. sermon on live video stream from home and listened to the mp3 an hour ago, I recognized that my fear was at least half guilt. In both experiences—participating in a detrimental president’s election and listening to Pastor Jerry spew untruths—I just sat there. I even purposely slipped out the door so I wouldn’t have to shake his hand. Was I struck silent, as I said above, or just too afraid to speak?

Fear is a powerful tool, especially in the hands of terrorists. Not only the terrorists that fly planes into buildings, but also those that terrorize our insecurities and corner us into silence or apathy. Words are powerful enough to provide reasoning for violence, hatred and torture.

Words are also just enough to fight back…that is, if we can figure out what to say and get the guts to say it. 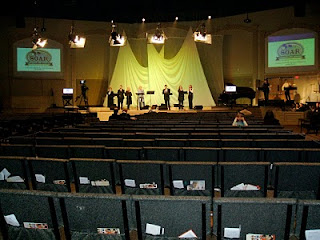 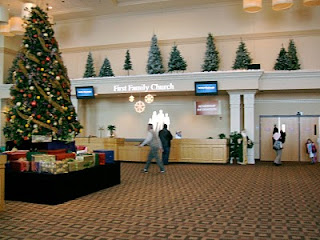 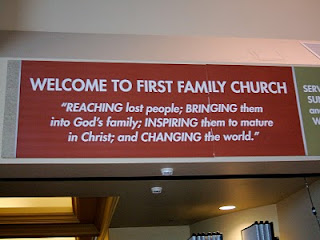 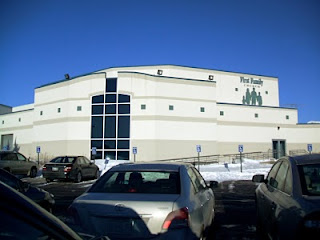 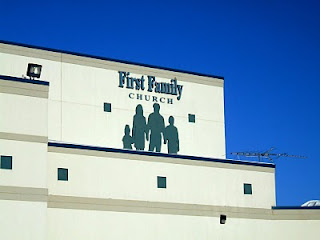 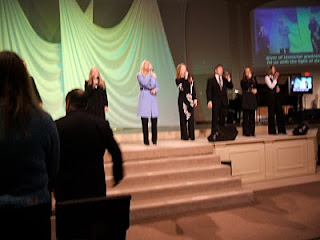 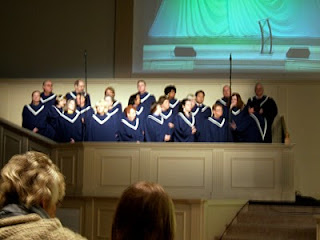 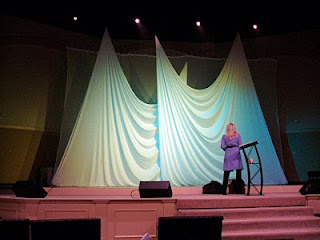 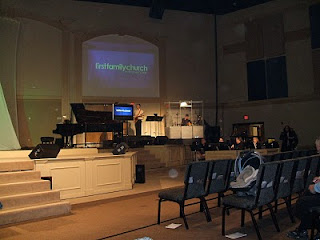 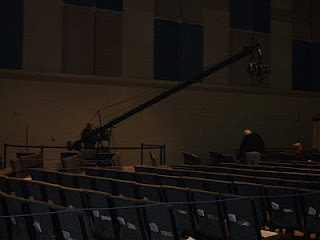 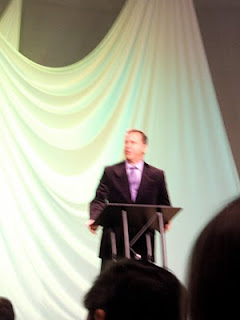 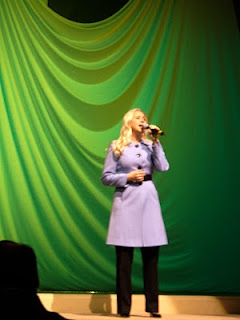 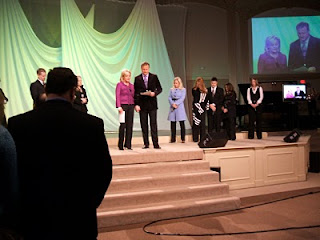 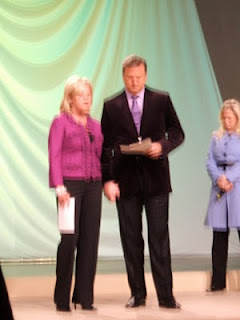