Oh, it was good to hear the organ again. The hard pews felt soothing, the choir robes removed all restriction and the communion table gave me a sense of hope. The quiet, peaceful service, elderly congregation and even long announcements were a relief. After weeks of electric guitars blaring, retro screen savers behind lyrics and the obvious presence of a stage, falling back into what I know brought tradition into a modern definition. Tradition: the presence of what is physically, emotionally and mentally comfortable.

Colonial Presbyterian reminded me, mostly in square footage, of First Church UCC in Oberlin. A large sanctuary with a balcony and a modest altar, the church was laid out in a semi-circle and filled with natural light. Unlike the movie theater-like, windowless experience of the mega-churches prior, this seemed just like a basic protestant church, multiplied in size and attendance by about five.

First Church UCC was built to enhance a growing, progressive community in Ohio. The college and townspeople were intensely religious, and also extremely anti-slavery. The main space never was and never is called a “sanctuary,” but a “meeting house.” It is first and foremost a gathering space to welcome others, create beautiful music and make changes in society. It was, as it says so simply in the name, the “First Church” in a small, wonderful town.

Recently, I have been somewhat obsessed with dictionary definitions and encyclopedia explanations. This will become more reasonable as I explain my next 10 churches after the Mega-Churches, but for now, it’s just an annoying habit. See a word, look it up, even if I already know what it means.

I’m assuming (and hoping) that the “Colonial” name in this church, as well as others in the area, has more to do with the style of architecture then the actual symbolism behind the word. I can’t, however, separate the two. When I think of “Colonial,” I automatically think of “colonialism.” Though “colonial” refers more to the description of a colony, a group of organisms existing together, “colonialism” conveys a sense of power, control, expansion and possession. Colonialism occurs when communities are no longer happy just being communities. Because, isn’t bigger always better?

Perhaps in the 1800s, a protestant church of that size in a small area made sense. Everyone goes to one place. But when more churches were built and First Church in Oberlin decreased in size, it did not seek out more space, people or communities, it just became a smaller congregation in a big building. I have found, though, in my three fairly traditional protestant mega-church experiences (Mega-Churches #1, #5 and #9), the church doesn’t need to build, expand, or grow, but rather wants or desires to be gigantic, just as the contemporary mega-churches do. To me, it is egotistical, greedy and a perfect example of colonialism…the lust for power, the obsession with control.

It was when the projection screen dropped from the ceiling that I felt the mega really reveal itself. The pastor was preaching at the “other campus,” that day, so he greeted us via camera and we watched the live simulcast along with our fellow colonists on the other side of the state line. Not only did I find this an example of colonialism in action, but also rather disengaging and extraordinarily boring. In fact, I must admit, I slept through a good part of the sermon. I can connect with a pastor on a screen about as much as I can connect with Simon Cowell on American Idol. Sure, he’s on the screen, and supposedly important, but doesn’t even attempt to make an emotional connection; and if he did, it would be hindered by the disconnect between person and electronic.

One thing I have recognized during this journey is that bigger is rarely better. Maybe more appealing, easier, more relaxed, and even more comfortable, but not better. A giant chocolate bar may be more attractive than a smaller one, but, nutritionally speaking, it’s not really better for you. It may be easier on the pocketbook to pack 35 kids in a classroom, but that’s not what’s best for them. That giant SUV sure is comfortable, but in more ways than one, inferior to other cars on the road. And if we keep growing and colonizing, if we continue to reach for the larger, I think we will find that we are not especially happy, and far from content. 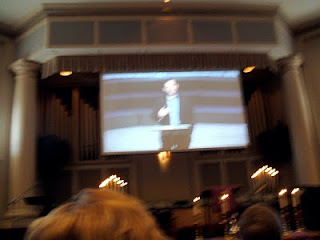 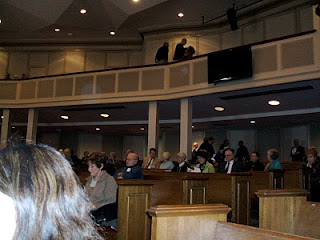 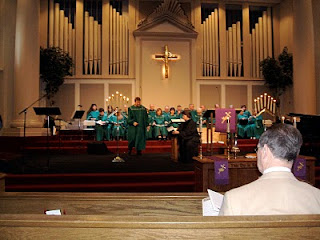 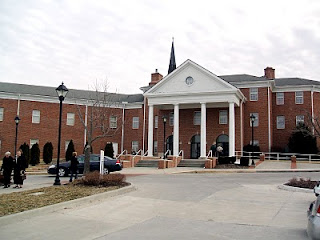