Interlude: Why I Chose Kansas

A common stigma regarding liberal, artsy, private college graduates is our wild, adventurous nature that is not tamed by higher education. Instead, the B.A. is like a key to unlimited prospects, an excuse to do anything we want, and a pretty damn good reason to try and save the world. Oberlin is an exaggeration of this stereotype, full of students from around the world, graduating personalities that tend to keep our personal where-I’ve-been maps interesting. We keep ourselves in forward motion and in a something-new mentality. It’s not irresponsible, it’s just unpredictable.

To add another level of personal discomfort, I should finish the above sentence with “especially if home is a red state!” (The exclamation point is important to the addendum; it is rare for students to return home after Oberlin, it is considered physically impossible if there are republicans involved.)

I am not meek or embarrassed when asked by fellow Obies what I did or what I am doing post-Oberlin. I say, confidently, “I moved back home to Kansas, I teach in a local school district and I got my M.S. at The University of Kansas.” Though I can tell by non-verbal communication that this reply has made them utterly speechless, I seldom get the chance to explain my decision. Once, someone caught me off guard and blurted an overdramatic, “But why?” after my response. As I gathered my thoughts it became clear that this person didn’t really care why, but was going to enlighten me with all the reasons why not. I stared at the floor and crossed my arms as I listened to a rant that not only covered why Kansas sucks, but a generous list of other cities (“including Midwest cities, if that’s what you like,”) that would be better options. The conversation ended with this person saying, “I just want you to know that there are other places out there.”

“Gee, thanks,” I wanted to answer sarcastically. “We never done learned ‘bout all them other places in Amerrrrrica. I’d sure like to try me another state if Daddy’ll ever let me leave the homestead.”

I never took the chance to roll my eyes and utilize my hick-twang accent. Nor did I think fast enough to defend my state, my home or my culture. I didn’t debate the issues or address the misconceptions…until now.

I know there is a book entitled, “What’s the Matter with Kansas?” I am aware that Fred Phelps resides down the highway and that our State School Board isn’t so keen on evolution. Isn’t it flat? Yes. Isn’t it hot? Yes. Isn’t it windy? Very. Do you know Dorothy? Go to hell. Wait, do I know Dorothy? “Wizard of Oz” Dorothy, with the double braids and the Aunty Em? Listen, people, I AM Dorothy. And that movie isn’t a revolutionary work of fiction, it’s the God’s honest truth.

The reason Thomas Frank wrote, “What’s the Matter with Kansas?” is that he believes my state has the capability and potential to make a great difference in this country. What he considers apathy, I perceive as humbleness. Perhaps we don’t open the doors and shout, “Come in all ye who have suffered injustice.” Perhaps we don’t go out to the picket lines and march for our beliefs. We smile and nod, offer our help and then leave you alone. People are part of the community instantly, but they also have the right to their privacy.

This unconditional right to privacy also fuels the school board’s lack of action or consequence on the subject of evolution. It is the reason we haven’t tarred and feathered Phelps and run him out of Topeka. I believe that if Kansans really stopped to think how they could effect change in this state and country, if we put aside our humble, mild temperament and took the podium, we could storm the political climate as we did before and during the Civil War.

I don’t agree with my fellow state-mates on many things. I, like many, get frustrated with the lack of action and forward movement. I know all districts should be teaching evolution as science and Fred Phelps should be imprisoned for some minor tax evasion, pending trial for the rest of his life. I get that we have a bad reputation as a state, but I ask that we not be judged as a people. What we lack in political fury, we make-up for in genuine community values.

I was asked recently, in a very non-judgmental way, how I function in a religiously and politically conservative environment. Though I just wrote about 1000 words on the subject, the short answer is this: This state is my home. My grandparents farmed wheat on this land. My grandma immigrated here from Japan. My parents fell in love here and married. The best memories of my childhood are enclosed in its borders. The children that I love and teach, though from many parts of the world, now call this state home. My family, whom I cherish and love, will grow old in this state.

I have been over the rainbow, to a place where I felt warm and welcomed. It was a place full of music and dancing; a place filled with struggles and lessons, but also huge self-growth and transformation. My over-the-rainbow, Oberlin, took the child from Kansas and sent back an adult. It is a priceless, important part of my history that I miss constantly. 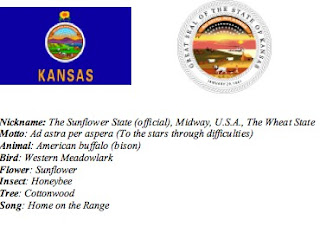